Though no scar can be completely diminished, scar repair procedures can improve the appearance of a scar by making it less noticeable through the injection or application of targeted steroid medications or through surgical procedures known as scar revisions.*

Are You a Candidate for Scar Repair?

Almost any person who is unhappy with the outward appearance of a scar resulting from an accident or surgery is a candidate for the procedure. It is often recommended that a candidate for scar repair wait at least one year after the accident or surgery before considering scar repair since many scars that may initially appear large and unattractive become less noticeable with time.*

During your initial consultation, Dr. Shahin Javaheri will examine your scar(s) and discuss the various options for treatment. It is important that you honestly discuss with Dr. Javaheri your expectations for the procedure, ask any questions you may have, and express any concerns.

At the time of your consultation Dr. Javaheri will ask you about your general medical history, specifically pertaining to any medical conditions that could cause problems during or after your procedure.

*Individual results will vary in each patient.

Keloid scars are thick clusters of scar tissue that grow beyond the edges of the wound or incision which occur when the body continues to produce collagen after a wound has healed. These scars are usually treated by injecting a steroid medication directly into the scar tissue to shrink the scar. If the steroid treatment is inadequate, the scar tissue can be cut out with sealed with a new layer stitches.*

Keloid scars have a tendency to recur regardless of treatment, sometimes becoming even larger than before. Dr. Javaheri may recommend any scar repair treatment be accompanied with steroid injections or the direct application of steroids during surgery. Even with these preventative measures, additional procedures may be required every few years for reoccurring keloid scars.*

Hypertrophic scars are a type of scar that remains within the boundaries of the original incision or wound. Though they usually improve on their own over time, steroid applications or injections are often recommended to assist in the healing process.*

In some instances, it may be necessary to surgically improve the scar by minimizing excess scar tissue and possibly repositioning the incision so that it heals in a less visible manner. Steroid injections may be administered during surgery and at intervals for up to two years afterward to prevent the scar from reforming.

Contractures are a type of scar originating from a burn or other injury, which results in the loss of a large area of skin that pulls the edges of the skin together, a process known as contraction. Contractures may affect the adjacent muscles and tendons resulting in the restriction of normal movement.*

Correcting a contracture usually involves cutting out the scar and replacing it using either skin grafting or flap surgery.

Dermabrasion and dermaplaning is often used to improve the appearance of facial skin left scarred by a previous surgery or accident. The procedure helps to “refinish” the skin’s top layers through a method of controlled surgical scraping. The treatments soften the sharp edges of surface irregularities resulting in the skin having a smoother appearance.*

In dermabrasion, Dr. Javaheri will scrape away the outermost layer of skin with either a rough wire brush or a burr containing diamond particles that is attached to a motorized handle until the scar is less visible.*

Indermaplaning, Dr. Javaheri will use a hand-held instrument called a dermatome. The dermatome has an oscillating blade that moves back and forth to evenly “skim” off the exterior layers of skin. Dr. Javaheri will continue to use the dermatome until the lowest point of the scar becomes as even as possible with the surrounding skin.*

Dermabrasion and dermaplaning are usually performed using a local anesthetic in conjunction with a sedative to help you relax. The procedures can last anywhere from a few minutes to over an hour depending on how large an area of skin is be treated.*

Z-plasty is a surgical procedure used to reposition a scar so that it may more closely conform to the natural lines and creases of the skin resulting in the scar appearing less noticeable.*

For this procedure, the old scar is diminished and new incisions are made on each side, creating small triangular flaps of skin that are then rearranged to cover the wound at a different angle. The wound is closed with small stitches, which are extracted within a few days.*

Z-plasty is usually performed as an outpatient procedure under local anesthesia.*

Skin grafts involve the transfer of skin from a healthy area (donor site) of the body to a heavily scarred area (recipient site). Since most grafts derive from a person’s own skin, the procedures are normally successful, though on occasion the graft can fail. In addition, all grafts leave some scarring at both the donor and recipient sites.*

Flap surgery is a complex procedure in which the skin along with the underlying fat and blood vessels (and sometimes the muscle) is moved from a healthy part of the body to an injured site. In some flap surgeries, the blood supply remains attached at one end to the donor site; in other surgeries, the blood vessels in the flap are reattached to vessels at the new site using microvascular surgery.

Both skin grafts and flap surgery are significantly more serious than other forms of scar repair. In most cases, both procedures are performed on an inpatient patient basis and require the use of general anesthesia. The treated area may require several weeks or possibly months to heal. In addition, a support garment or bandage may be necessary and may have to be worn for up to a year.*

Individuals vary greatly in their anatomy, their physical reactions, and their healing abilities, and the outcome is never completely predictable. As with any surgical procedure, the risk of infection is always a possibility. This can be minimized by the preventative administration of antibiotics both at the time of your surgery and afterwards while in recovery. However, on occasion, mild infection can occur and is relatively common, although it usually subsides after two weeks.*

*Results for each patient will vary. Please remember that the information provided will not guarantee your eligibility for scar repair. Consultation and medical examination must be completed before approval. 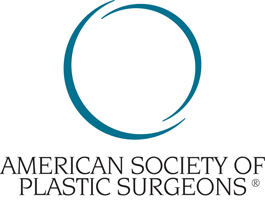 Dr Javaheri offers a full range of plastic and reconstructive surgery options to help improve your appearance and combat the signs of aging.

Aging hands can give away a patient’s age. Optio